Hello there boys and girls. My name is Administrator_.

Recently. HOSPITALIZATION--Adderrall pills were too potent and with my history it took a beatin to me.  Crashed car and tweaked for >72 hrs off these pills.  200mg pills wtf do you expect?  Had to go to the hospital to detox from the meds. be back soon to update.

I feel that a little explanation is in order. Bipolar disorder can be a bich but i am rollin in the pink tacos so don't worry.  Here's my trip; You just took the blue pill. [1]

<Administrator_> Hey guys my ingame main is thinking about commiting suicide, should he jump ? 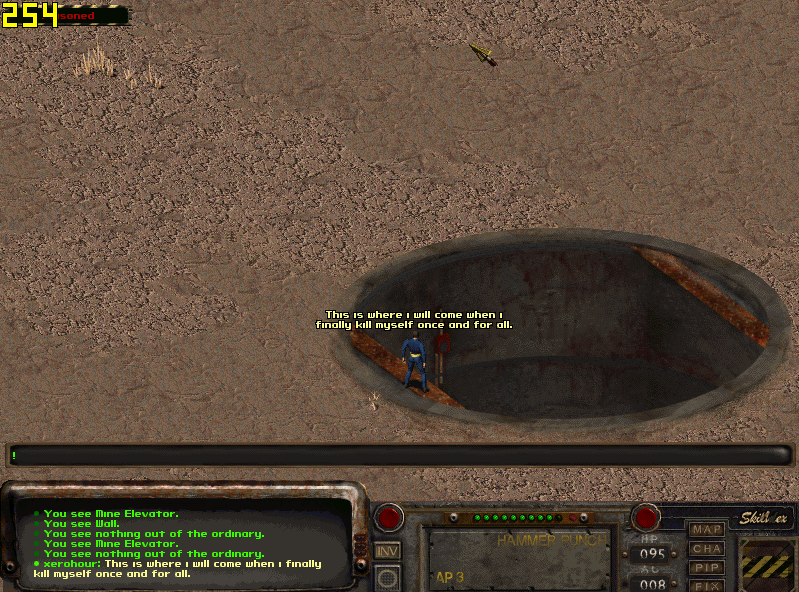 <Mr_Perriack> farrkkk. You'd figure rain would cut down on the stuff

<Administrator_> should my main attempt to kill himself ingame ?

<Mr_Perriack> No, the other nobody who isn't talking. Yes you you irritating troll.

Hmm where do I begin. Ok well first of all the first mental illness I was born with is Bipolar disorder. What exactly is biploar you ask ? Good question.

Bipolar disorder, also known as manic depression, manic depressive disorder or bipolar affective disorder, is a psychiatric diagnosis that describes a category of mood disorders defined by the presence of one or more episodes of abnormally elevated mood clinically referred to as mania or, if milder, hypomania. Individuals who experience manic episodes also commonly experience depressive episodes or symptoms, or mixed episodes in which features of both mania and depression are present at the same time. These episodes are usually separated by periods of "normal" mood, but in some individuals, depression and mania may rapidly alternate, known as rapid cycling. Extreme manic episodes can sometimes lead to psychotic symptoms such as delusions and hallucinations. The disorder has been subdivided into bipolar I, bipolar II, cyclothymia, and other types, based on the nature and severity of mood episodes experienced; the range is often described as the bipolar spectrum.

Q: Whats all this shit about mania, ive heard of a maniac, are you a maniac ?

A: Technically, yes I am a Maniaic. Do you even know what maniac means though ? Or what Mania is ? lets contunue down the rabbit hole.

Maniac may also be:

No im not a serial killer.

Mania (from Greek μανία[1] and that from μαίνομαι - mainomai, "to rage, to be furious") is a severe medical condition characterized by extremely elevated mood, energy, unusual thought patterns and sometimes psychosis. There are several possible causes for mania including drug abuse and brain tumors, but it is most often associated with bipolar disorder, where episodes of mania alternate with episodes of major depression. These cycles may relate to diurnal rhythms and environmental stressors. Mania varies in intensity, from mild mania (known as hypomania) to full-blown mania with psychotic features (hallucinations and delusions).

Manic patients may need to be hospitalized to protect themselves and others. Mania and hypomania have also been associated with creativity and artistic talent.

Community content is available under CC-BY-SA unless otherwise noted.